What is the best Router for Google Fiber? 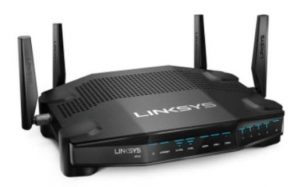 The need for speed

If you are part of the small percentage of Americans that are lucky enough to live in a Google Fiber coverage area, you may be wondering, what is the best router to buy for use with your new Google Fiber service?

After all, if you are going to be getting an ultra high-speed direct fiber service to your home, you want to make sure that there are no bottlenecks in your internal network, right?

This is excellent thinking, and as a network professional, I had the same thoughts when considering Google Fiber.

Traditionally, we’ve been exposed to slow internet connections such as cable and DSL services. Typically, these services run at speeds of 25Mbps to 50Mbps, or maybe something closer to 100Mbps if you are lucky.

The speed of your internet service is limited by the slowest link in the chain. Traditionally, this was always your broadband internet connection, but that is changing.

Today, with Google Fiber and similar fiber-to-the-home (FTTH) services, you can get up to 1000Mbps (1 Gig) service at your home. Suddenly, the slowest link in the chain can easily become a device on your internal network, such as your router.

Some people still run routers that max out at 100Mbps. They literally don’t support Gigabit. And many people don’t realize it.

Here’s the rub for Google Fiber subscribers: Their service includes a Wi-Fi router whether they like it for not. So, some people may not wish to buy a router for their Google Fiber service. After all, you technically already have everything you need.

When Google Fiber is installed at your home, there are at least two pieces of equipment provided. A “Fiber Jack”, which is really just a micro ONT (Optical Network Terminal) which terminates the GPON signal coming from the OLT (Optical Line Terminal) port at the nearest hut, outside plant cabinet, or data center.

Your Fiber Jack then connects to a little black box which Google has affectionately dubbed a “Network Box” (who named these things?). The network box acts as your router, terminating the service and allowing you to share the connection throughout your house.

It also supports WiFi, has a firewall, allows basic port forwarding, etc. Many of the features of your average consumer-grade router are supported by the Network Box. 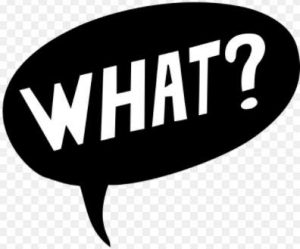 The problem, is that per Google, the Network Box is required. Unfortunately, you can’t just plug your shiny new Netgear/Linksys/TP-Link router into the Fiber Jack and get online. You must use the Network Box – which is why the selection of a new router may be unnecessary (your traffic still goes through the Network Box, regardless of what you plug in).

So, for some users, there is no real need to use a regular router with their Google Fiber service – the Network Box is enough.

What if I want to use an aftermarket router?

Google says that you can still plug your router into the Network Box and use it, and indeed you can. You can unbox your new aftermarket router and install it just as you would with any other type of broadband internet service from Comcast, Cox, Centurylink, etc.

We should note that installing a router behind the Network Box will create a scenario where all of your traffic is getting NAT’d twice. This means that your traffic is getting translated from one type of IP address to another, twice. Usually this is only done once, but most users won’t notice a difference with their traffic being double NAT’d.

Since you are buying a service that is high-speed, low-latency, and highly reliable, we recommend that you don’t skimp if you decide to purchase an aftermarket router. Specifically, you want a router that supports a Gigabit WAN port, the newest WiFi standard (802.11AC), and has a dual-core or better processor.

The following routers are our picks for use with Google Fiber. Any of them will work well with the service, though some are pricier than others.

Great performance at an affordable price!

But surely there is a way to bypass the Network Box?!

If you are a power user and feeling ambitious, there are supposedly ways to use Google Fiber’s service without a Network Box. This typically involves use of a Ubiquiti Edgerouter or setting up a PFSense box, and is completely unsupported by Google.

That information is beyond the scope of this article due to it’s advanced nature, so I’m not covering it here. But you should know that it is possible.