What is the best channel for my wireless router?

The best channel for your wireless router is the one that has the least amount of interference on it.

Strictly speaking, all channels are the same. Lower channels don’t have more bandwidth than higher channels or vise-versa.

In other words, if you were all alone on a desert island and it was just you, your laptop, and router, you would have the exact same experience on every channel.

This is because you would be the only device on your Wi-Fi network, and there would be no nearby Wi-Fi networks or other sources of interference.

Unfortunately, we don’t all live on islands by ourselves – free of frequency interference and bathed in high speed internet. 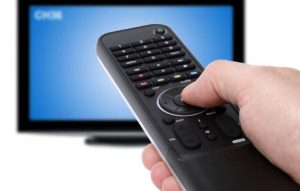 Wi-Fi is a shared communication medium. This means that all nearby wireless devices (yours, your kids or roommates, and even your neighbors) are competing for use of the same airspace.

Now within that airspace, there are multiple channels available for use – like channels on your television, each with something different going on.

Now think of the activity going on in a channel as a phone conversation. All nearby wireless devices that are on your channel (or an adjacent overlapping channel – more on this in a moment) are like a group of people that are all on a conference call. Only one person can speak at a time.

If there are only two or three people on the call, everyone can say what they need to say without much of a wait. But on a call with 50 participants for example, people are going to have to wait a long time to speak.

Wireless communication works the same way. The more devices, nearby networks, and interference there is, the slower and less reliable your Wi-Fi network will be.

Yes, the channel you pick matters, but only sometimes

Manually picking a wireless channel is becoming a thing of the past on 5GHz networks, but it still matters on your 2.4GHz network.

If you are using a 2.4GHz radio, which most likely you are, (most older routers run exclusively at 2.4GHz and newer routers have dual-band 2.4GHz AND 5GHz radios) then you should be using one of the three non-overlapping channels.

The reasoning for choosing 1/6/11 is complex, but suffice to say that all of the 2.4GHz channels overlap with each other to some degree.

What does overlapping mean? It means that devices in nearby channels will interfere with each other, even though they aren’t in the same channel. Kinda defeats the purpose of having channels, doesn’t it? Don’t get me started.

If you need 3 wireless routers or access points in the same room, putting one on channel 1, one on channel 6, and one on channel 11 is the best strategy. No other choice would allow all three devices to operate without interfering with each other.

Sure, there are other non-overlapping choices you could make – channel 2 and 10 don’t overlap, for example. But 1/6/11 is the only choice that will give you three independent channels.

Using channel one, six, or eleven makes it a little easier to avoid adjacent-channel interference – but only if the other wireless networks near you are using the same strategy. The problem comes in when someone nearby is using one of the other channels (2-5 or 7-10).

For example, if you were being good and chose channel 1 or 6, but your neighbor next door is using channel 3 or 4, your neighbor’s network is still going to interfere with yours. You could try changing your router to use a different channel, but it may be difficult to find one that doesn’t interfere with someone else, especially in multifamily housing or apartments.

If everyone would only use 1, 6, or 11, the world would be a better place – but unfortunately this is not the case. Still, you can do your part by picking one of these non-overlapping channels.

5GHz Wi-Fi is the future and you should be using it now if your router AND your devices support it. I say ‘AND’ because many devices still only support 2.4GHz networks.

For example, just thinking of a few devices in my house, my Chromecast, Sony smart TV, robotic vacuum (Roomba clone), and my laptop all lack 5GHz radios. Yep, they only operate at 2.4GHz. This means that I must leave my 2.4GHz radio enabled on my router, or I will not have connectivity with these devices.

Why is 5GHz better?

In addition to the higher availability of non-overlapping channels, 5GHz radios also support higher throughput (albeit at slightly shorter range due to the higher frequency) and technologies like multiuser-MIMO, which acts as a sort of channel bonding.

Disclaimer: This article applies to users in the United States. If you live in a different country, check with your national communications regulatory/authority, as the laws regarding the frequencies you can use will likely be at least a little bit different.