Allow me to elaborate… 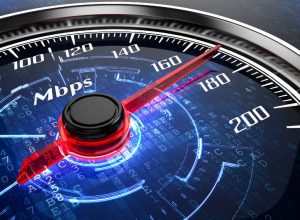 The three factors that affect your speed as it relates to your pipeline are:

1. The size of your pipeline

Think of the amount of bandwidth you have. This is the number advertised by your ISP in Megabits per second (Mbps).

Some people have 1 Mbps, others have 1000 Mbps. This is the size of your pipeline.The more bandwidth you have, the more data that can flow through it at the same time and the less it gets clogged up.

Remember to also consider upload speed as well as your download speed, as they can both make a difference.

The amount of bandwidth you have is certainly important, but it is not the only factor in determining the speed of your internet connection.

2. How quickly things (data) flow through your pipeline 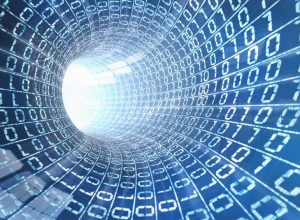 This is referred to as latency – it is a measurement of the time it takes data to go from your computer, through the internet to a remote server (Facebook, Netflix, etc), and then all the way back (round trip).

Is the data moving slowly like sludge through the pipeline, or is it moving quickly like pure water?

If data moves back and forth quickly (low latency), it is likely that someone would perceive that connection as very fast, even if it were only a 10Mbps connection.

The reverse of this is also true – someone could have a large pipe with slow flow and they wouldn’t feel that it is a very fast connection. The best example of this is Satellite Internet, such as HughesNet.

Many satellite internet plans provide decent bandwidth (usually somewhere around 25Mbps) but are still known to be quite slow. The reason for this, is due to the added time it takes the signal to go all the way up into space and then be bounced back down to earth.

This results in a large pipe/slow flow scenario, and as such, many people with this type of service are generally unhappy with it.

3. Are there leaks in your pipeline?

This is referring to the reliability of your internet connection and all of the pathways your data takes through the internet on its way to/from a remote server.

If there is an issue, either with your ISP or somewhere upstream from them, you may experience packet loss. Packet loss will definitely slow down your internet connection.

See, your computer is very intelligent and can sense when packet loss is occuring. When this happens, it has to re-request the missing data and wait for it to arrive again.

This delay, depending on its severity, is typically noticeable to the user as lag/slowness. Alternatively, if there is no packet loss, then there is no need for data to be re-transmitted. This can result in favorable speeds and saved bandwidth.

Factors that impact your speed

Now that we’ve covered the basics of the three of the ways that speed is observed, lets discuss factors that will actually impact your speed. 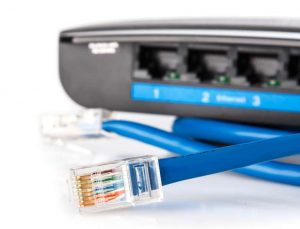 This is what happens when your pipeline gets full. It simply can’t move any more data simultaneously until either the size of the pipeline is increased, or the amount of existing data in the pipeline is reduced.

We’ve all noticed this before – a sudden burst of lag that occurs because someone else in the household is suddenly downloading or uploading a lot of data, like a movie or a game. This creates data contention issues, which is noticed as a slowdown.

Keep in mind that oversubscription could occur in your household (too many family members or roommates using the internet at the same time) or it could also occur at the ISP level – where there are too many customers eating up large amounts of data (usually during peak times of the day) and it ends up affecting other customers.

How well is your ISP connected to other networks/providers 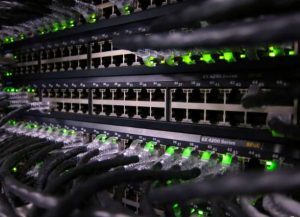 The internet is made up of thousands of pathways that connect various networks. In some instances, your data has to go through 20-30 routers before it reaches its intended destination (that is considered a lot of routers).

In other cases, maybe it only has to go through 8-10 routers. Generally speaking, the shorter the path your data has to take to reach its destination, the faster and more reliably it will get there.

These pathways are decided upon by your ISP.

If they have many connections to various upstream providers, including some direct connections (called peering arrangements) with major companies such as Apple, Google, Amazon etc – you will likely have a better experience than an ISP that only has one connection out to the internet.

Other miscellaneous issues that can impact your speed:

Here are some things that a new router could solve:

Perhaps there are environmental issues impacting your Wireless performance. Maybe there is interference from too many people nearby on other Wi-Fi networks.

Maybe the guy next door uses a cordless phone or runs his microwave frequently (both of which can affect Wi-Fi). Or maybe the materials that your home is built out of is negatively impacting your signal.

There are technologies featured on newer routers such as beamforming, additional bands, etc that can overcome some of these environmental issues and deliver a better user experience.

Additionally, many newer routers have quality of service (QoS) features that would make the internet connection feel faster/more reliable when data contention is in play.

You won’t know if a better router will improve your internet speed unless you do some testing:

Whatever type of test you run, just make sure that you are consistent in your testing. Run speed tests before and after each change and document the results.

Be sure to use the same computer and same browser each time you test. Use the same speed test website/server each time, and try to test at the same time each day, since speeds with some providers differ depending on the time of day.

If you are testing a wired connection, make sure your computer is disconnected from the wireless network before you start testing.

If your internet speeds are identical when you bypass your router, it is unlikely that upgrading your router will have any noticeable effect. Perhaps you should contact your ISP instead to see if there is a problem with your connection.

But, if your internet speeds improve when you bypass your router, there is a good chance that a new router will give you the better performance you are craving.